When the Lady got home from dinner this evening, she said, "Well, Gigi, I've had enough of this" and she lured me down the hallway with the Dot.  A door which had been closed since last Wednesday afternoon had mysteriously been opened, and I came face-to-face with this: 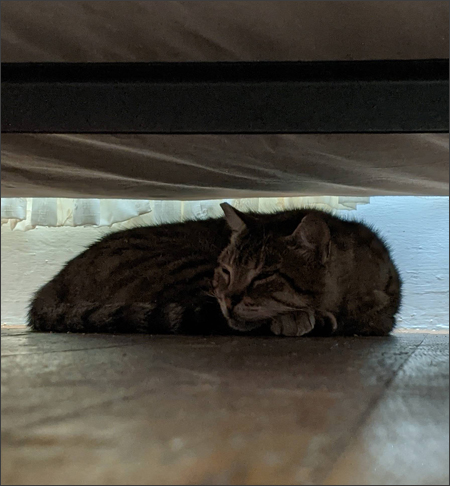 Dear Cod, Kitties! What is it?

Hi Friends! Well I guess we confused everyone, didn't we?
For this to make any sense (Gigi: Rolls eyes and says, Too late for that!), I refer you to Savannah's Pawtracks' post on June 7 ("Another wounded castle guest"). In it, she tells the story of a lovely tabby boy named Buddy and how Mom L and Dad P and their friend saved him.
Now, Buddy was destined to join Gigi at this castle, and I got the silly notion to do some stoopy convoluted riddle about "Peggy Sue" and Buddy Holly and who knows what all, and it was pretty much a giant fail. (Gigi says, Told you so. These people and kitties are not all Old as Dirt like you, Lady.)
In any case, indeed Buddy arrived here Wednesday, and earlier this afternoon passed the 48-hour mark. He has taken up residence Under The Bed, although today he actually emerged while I was in the room to eat his lunch. He kept a beady eye on me, and slunk back UTB when he finished. He is understandably rattled by the events of the last 2-3 weeks. But he is an indoor boy now.
This is the only picture I have gotten since he arrived. It was taken Wednesday night, and it's not very clear. What *is* clear is his skepticism about his new Human. 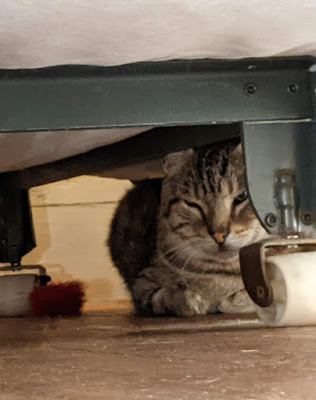 We'll post again when there's some action around here. And I'll return the controls to Gigi, who is somewhat miffed that she's not been allowed in *her* bedroom to see what's up in there.
Posted by Gigi at 6:44 PM 23 comments: 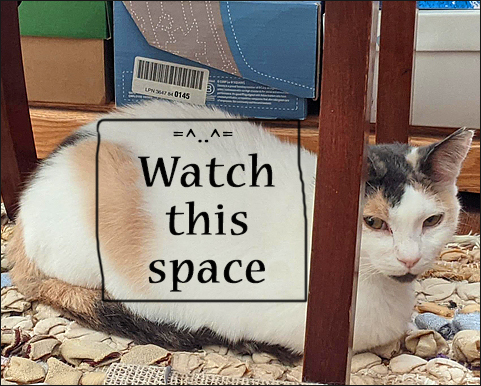 Sunday Selfie: Mousie Is Starting to Bore Me 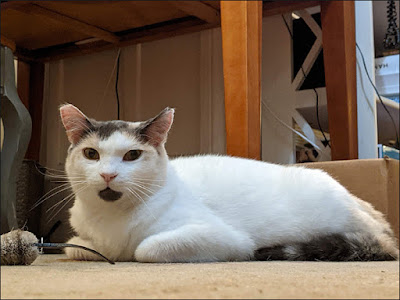 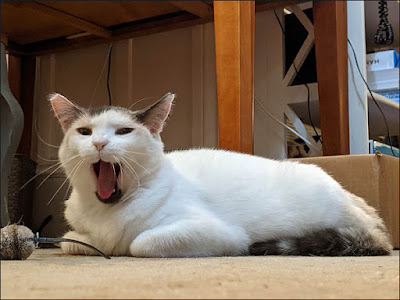 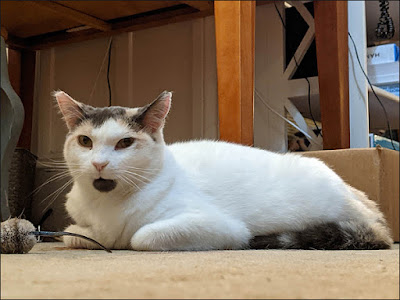 It would be ever so nice if someone went to find me something else.
Posted by Gigi at 7:01 PM 17 comments: 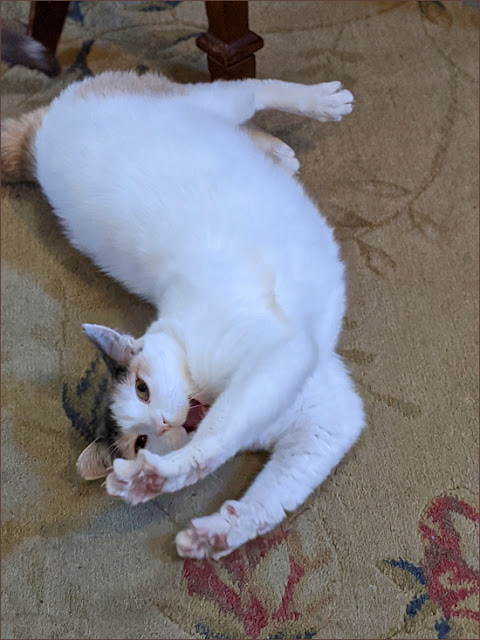 Surely that can't come as a surprise,
considering the former feline tenant of this establishment.
Am I right?
Posted by Gigi at 9:50 PM 20 comments: 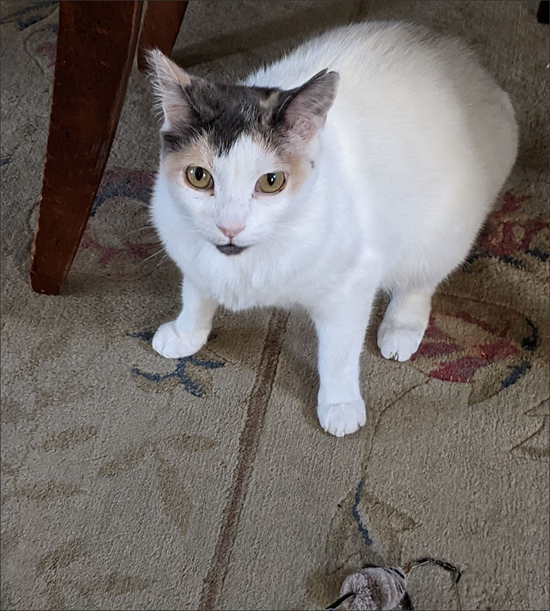 I need my mousie (at lower right). I'm a good girl, I am, and I haven't had my playtimes in two whole hours. It's way more fun to play with the mousie if someone is waving him about and making him fly. The Lady went out today and I was here by myself for hours and hours and hours and hours. I call it borderline kitty neglect is what I call it. Still, I am growing a bit fonder of her and some days I follow her from room, if only to keep my eye on her.