The Human Says She Has Career Advice for Me 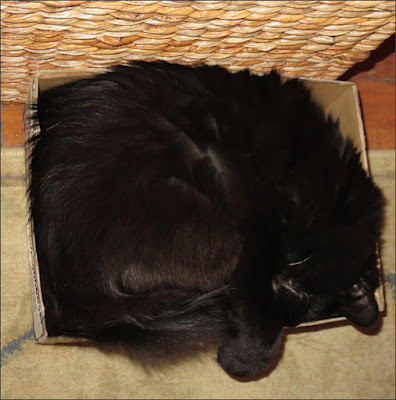 I don't find that very amusing.  Do you? 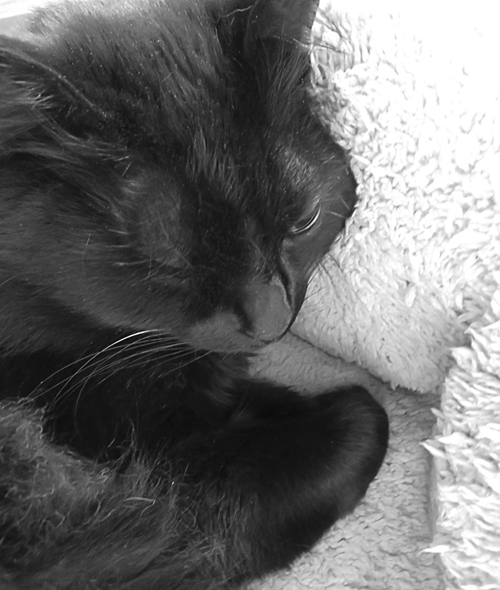 Some years ago - never mind how long precisely - having little or no toonas in my bowl, and nothing particular to interest me in the Human, I thought I would sail about a little and see the

. . . world. It is a way I have of driving off the jimjams . . . Whenever I find myself growing grim about the whiskers; whenever it is a damp, drizzly November in my soul; whenever I find myself involuntarily pausing before coffin warehouses . . . it requires a strong moral principle to prevent me from deliberately stepping into the street, and methodically scratching people's skins off - then, I account it high time to get some catnip as soon as I can.

With apologies to . . . can you guess? The Human took a whole course on this writer in college . . . you know, back when she still had brain cells and all. 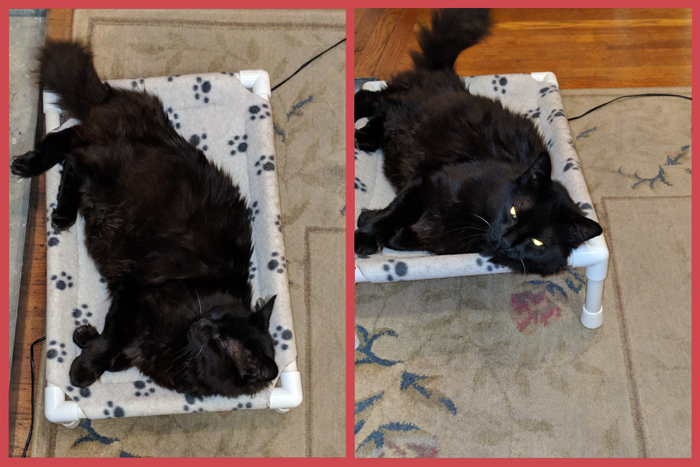 You have returned to me! I won't even ask you where you have been hiding, because I know the stoopy Human stashed you somewhere like two freaking years ago and forgot about you but *I* never did and you can't imagine how exciting it is to see you again.
Posted by Gigi at 6:20 PM 16 comments:

Get a Move On, Will You? 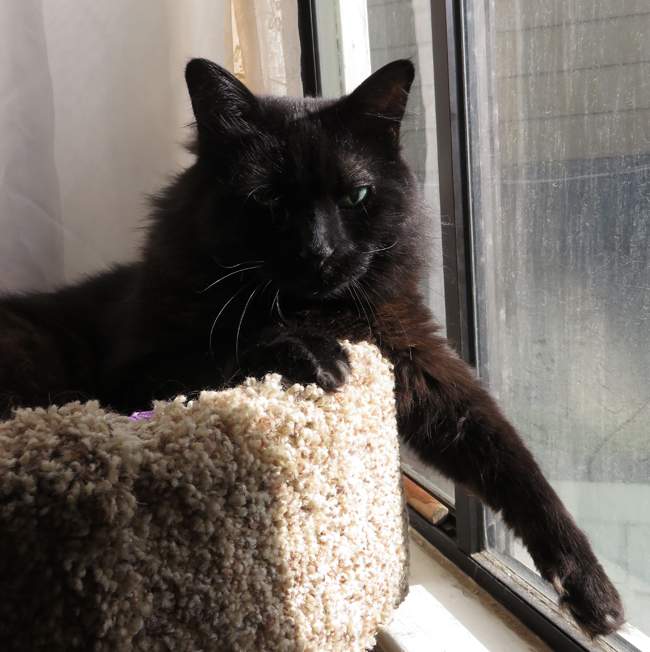 Surely you don't imagine *I* am going to clean this window?
Posted by Gigi at 5:25 PM 17 comments: 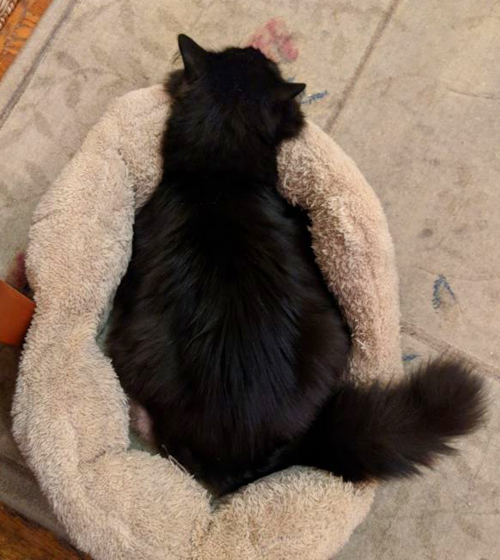 I am resting now, after a long and blissful time of making biscuits on the Human before she even was completely awake. When she did struggle out of her deep slumber, she was afraid to move even, lest I stop this new and charming behavior. I just don't know what's come over me lately: Laps, stalking, biscuits.

Will I soon completely lose my gritty, urban feral edge, and become a soppy boy?

I didn't use to blink an eye when the Human left me for her j-o-b at dark o'clock in the morning. But now? Well, now I sort of stalk her down the hallway and cock my furry little head as if to say, "Et tu, Human?" as she abandons me. I try to make her feel guilllllty. 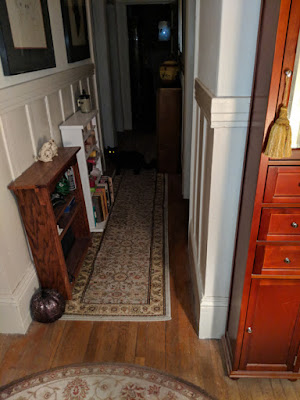 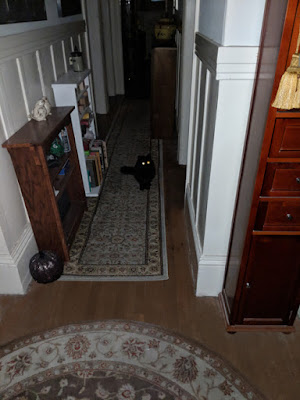 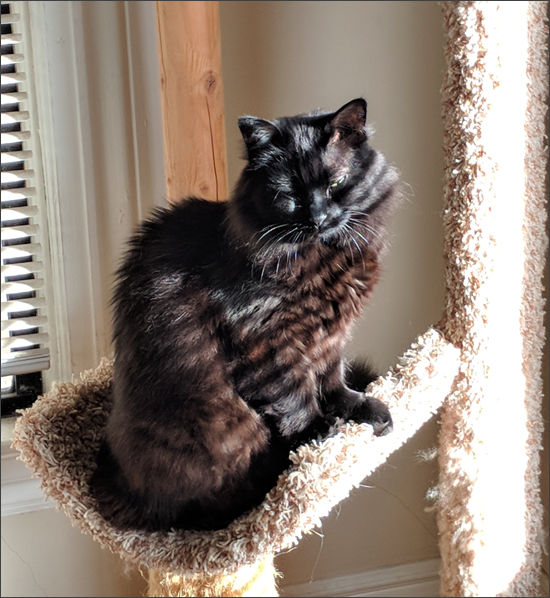 Look at me, will you, upright and independent, beholden to no Human to satisfy my emotional needs.

What? You thought maybe I was turning into some kind of softie-boy, carousing with the Human at all hours?

As if! A certain New Joisey LadyCat should not worry her furry gray-and-white noggin about Spitty abandoning his feral roots.

And I still have a blue-pillow vacancy, just so's she knows.
Posted by Gigi at 6:59 PM 13 comments:

I Don't Want to Break the Internet

or anything, but this very morning, after 13.5 years of proud aloofness, Yours Truly wandered all uninvited . . . 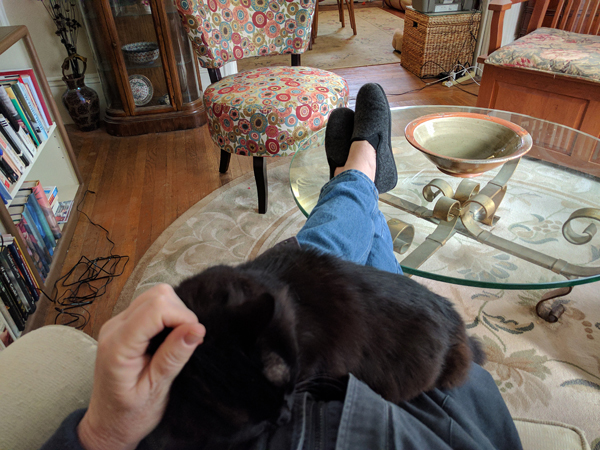 right smack-dab into the Human's lap, for the very first time ever. Hey, what can I say? It was cold in here. It's not like I'm turning into a big ole softie or anything. Nope. 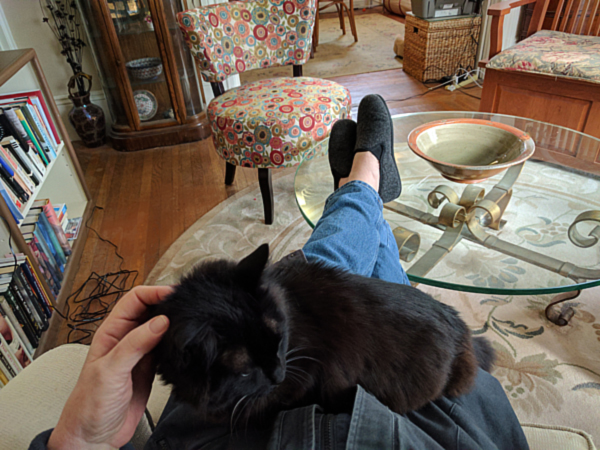 Pretty Paws & a Tale of Woe & a Miracle 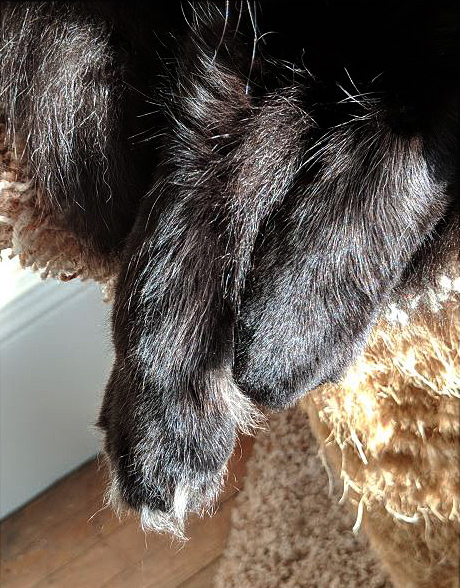 The Old Bat experienced a miracle.

About a week ago, she dropped her phone in the toilet bowl at school (not disgusting, fortunately, but still: water). Its future looked grim.

With almost no expectation of success, she gave it a decent burial in a bowl of rice and went about her phoneless days. Time for the stoopy Human to pony up the cash for a new one, I guess. And not leave it in the back pocket of her jeans to go splash.

After the futile rice bowl treatment, the old phone got plugged into the charger and . . . nothing. So the Human tossed it in a drawer, bit the bullet and ponied up the cash--and a lot of it too--for a new Google Pixel 2 phone, which arrived a couple of days ago. It is shiny and sleek and delightful.

As she plugged it in to charge Thursday night, she saw her old charger and thought: Oh, what the heck. It's been a week. Let's plug the old one in more time and . . .
Suddenly, there on the dark screen, appeared the familiar charging icon. And didn't it just charge right up like nuffing ever happened! And now it seems to be working fine (except no data plan or phone service because she had already transferred all that to the new one).

Well, as a friend said in an attempt to console her, it still hooks up to the wifi, so it can have a new life as the world's smallest iPad, ha ha meow. The Human thinks she could probably have returned the new one, but she decided not to since she is not totally convinced that the old phone is going to continue to work purrfectly after its four-day sojourn in the drawer.

Humans and their silly machines.

Oh! and what has all this to do with these adorable paws, you may ask? She tested out the Pixel's camera today. My dangly feets look purrfectly kissable, do they not?
Posted by Gigi at 8:49 PM 13 comments: 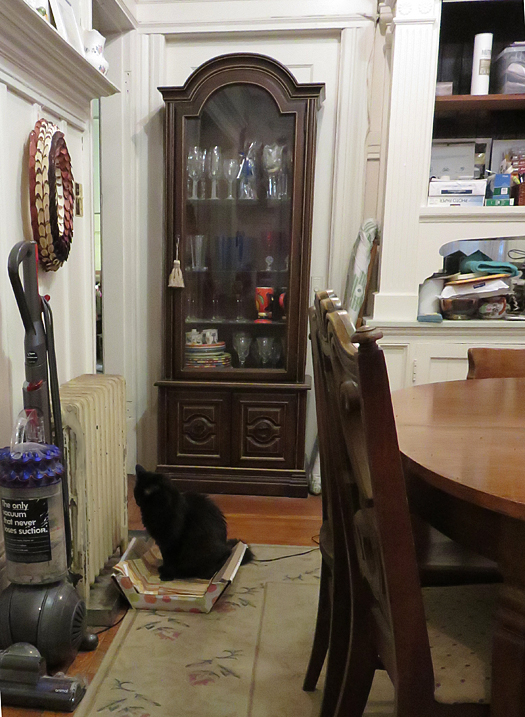 1.  When can I expect the warms to start coming out?
2.  Were you planning ever to put the Sucky Monster away?
3.  The shelf? It's embarrassing. (Well, that was kind of a question.)
Posted by Gigi at 6:27 PM 12 comments: 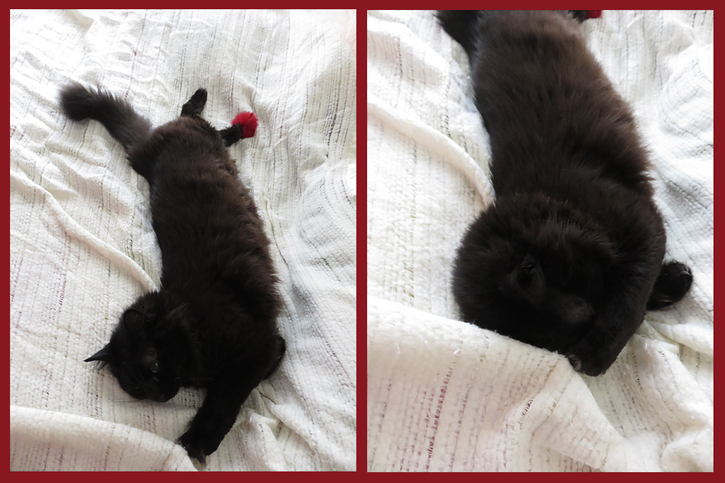 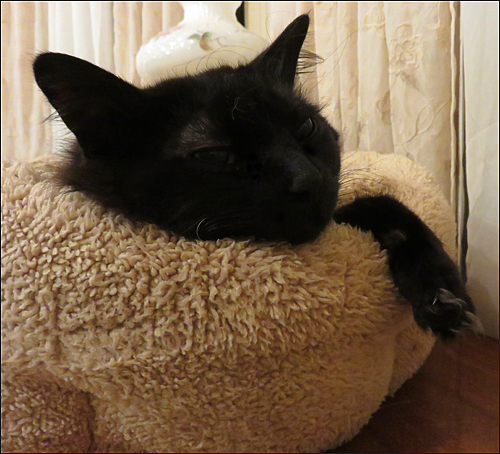 Well, Kitties, because the Human was neglectful in the extreme about her schoolwork (i.e., correcting the final exams her very diligent students took the week before the long and lovely Christmas break), she now informs me that it is *I* who must pay the price. We are taking a week's hiatus so the Human can catch up on her duties and not be a disgrace to her profession. Me, I say just give them all an A and be done with it, but she says that would not be "ethical," whatever that means. ::sigh::
Posted by Gigi at 5:35 PM 12 comments: 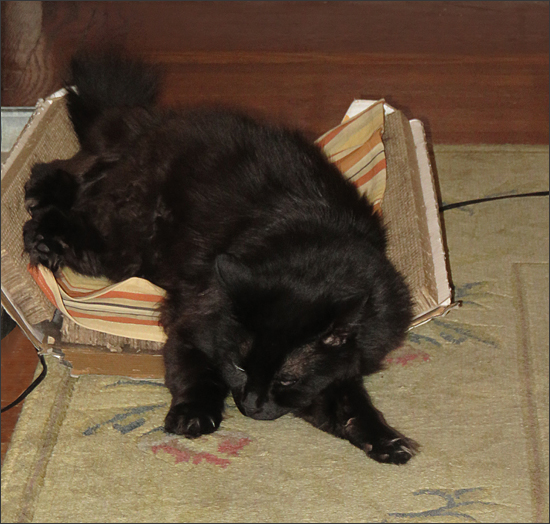 So the Human returns to her j-o-b in the morning, to struggle through One Last Semester as retirement glimmers on the horizon like the rising of a long-awaited sun after an unimaginably long, dark night. 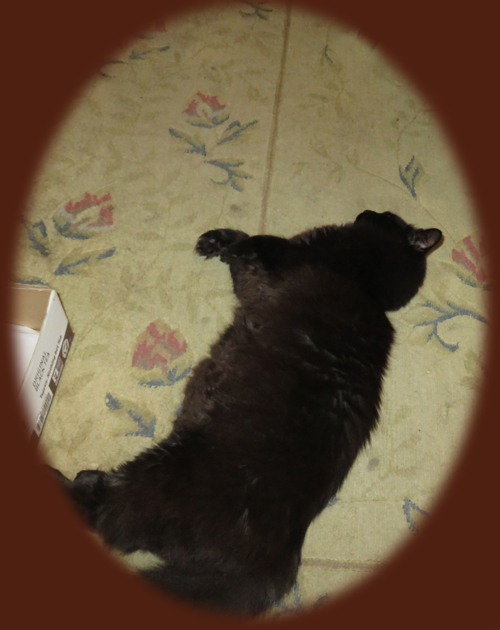 This is a rather unflattering photo but the Human thinks it a sign of good times because I am sleeping with my paws curled up, which is something I am ordinarily far too reserved and dignified to do. Well, whatever. Let her grasp at straws in her need to focus on something besides going back to work on Wednesday.
Cheers, efurrybody! May 2018 bring better days to us all.