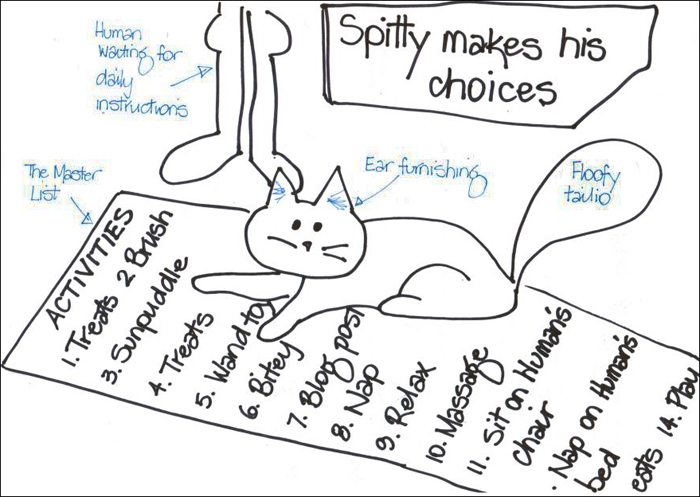 Today I offer my deepest gratitude to Miss Megan, my friend from the Land of Oz, who sent me this instructive cartoon to share with you. Really, however, its most impawtant audience is the Human, who should study it carefully in preparation for the new era to come--you know, her transition from one full-time job to another: Attendant to His Majesty.
Posted by Gigi at 3:41 PM 18 comments: 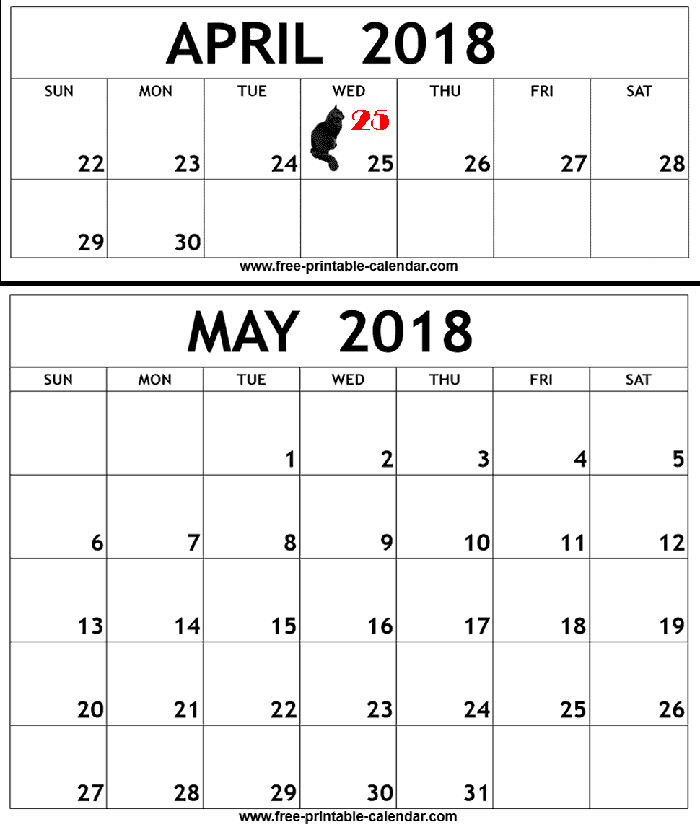 25 on the 25th
So, it seems that there are just 25 school days
remaining until the Last Graduation on June 1.
Whoopee! She better be planning scads of fun games for us to play,
and reading recipes for treats with lots of butter in them. 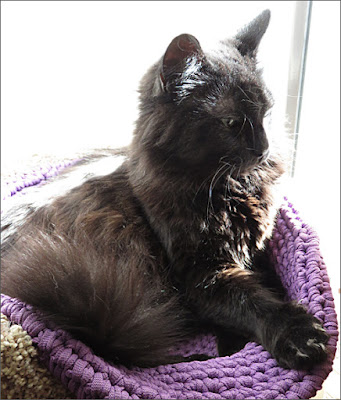 
I can hear things the Human cannot.

Most kitties have more whiskers than I do.
So not fair.

I has ear furnishings. 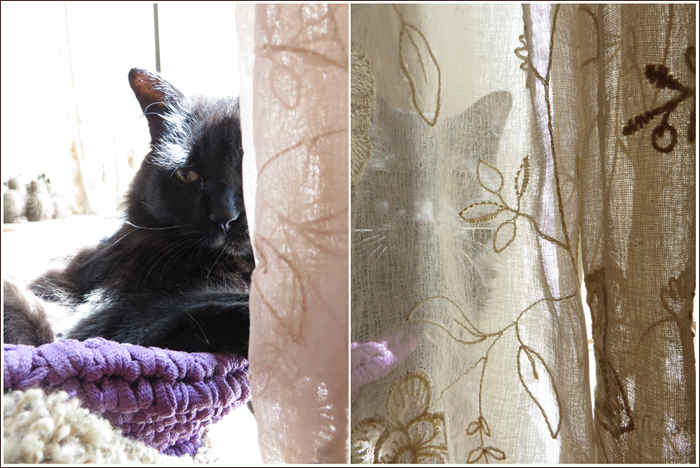 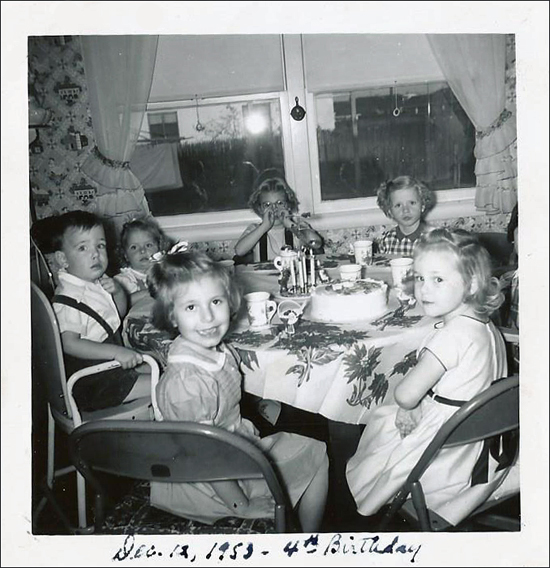 This is the Human's fourth birfday party on Dec. 12, 1953--technically she was still three as the real day is the 24th. I think she looks more like six!
That's her in the right foreground, and the other girl in the front is Pam, her BFF in 1953 and still her bestie 65 years later.

The little boy to the left is Mikey, about a year or year-and-a-half younger than the Human. The Human and Pam, mean little girls that they were, tormented poor little Mikey
mercilessly. Can't you just feel the terror in his eyes?

Quite the exciting little party eh? And everyone looks so clean, too. Remember when this is what birthday parties looked like? No Chuck E Cheese's or amusement park outings or bouncy-house rentals or gatherings of a cast of 100s.

Nope, just 7 well-behaved little tykes hoping for some punch and a slice of the good stuff. A round of pin-the-tail-on-the-donkey and that was that. The guests departed and Mama kicked her shoes off and sipped a cocktail. Ah, the good old days! 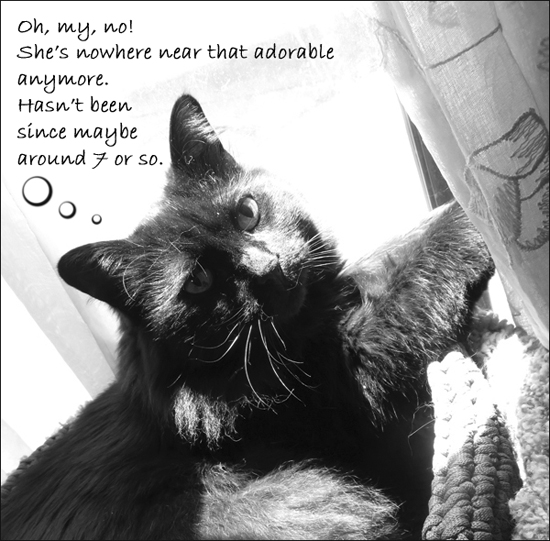 Yes, Of Course I See the Hammick with the Nice Red Rustly-Quilt on It 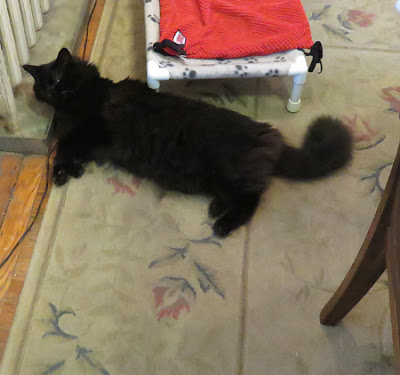 but truthfully, you can't imagine how warm and toasty my ears get when I rest my head on the radiator ledge-thingy. So really, I just had to shove that hammick outta the way and fire up the indoor BBQ. 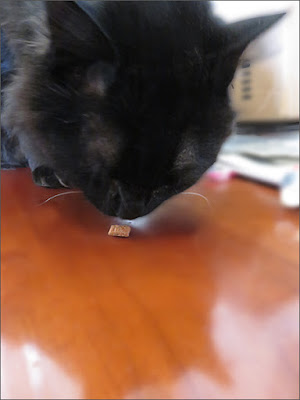 I am a, shall we say mature, ManCat. And honestly, I thought last January 15 was probably going to be my final breakthrough, but apparently there are still barriers for this hardened former feral to conquer.

A couple of days ago, the Human was putting a bag of Temptations in her schoolbag to take to other Humans with treat-loving kitties at her work. Then she decided that she would give me one last try (after like 13.75 years of trying). She put a couple down on the floor and voila! They were enthusiastically consumed.

Finally, I understand what all you other kitties have been praising all these years! Treats are mouth-watering! 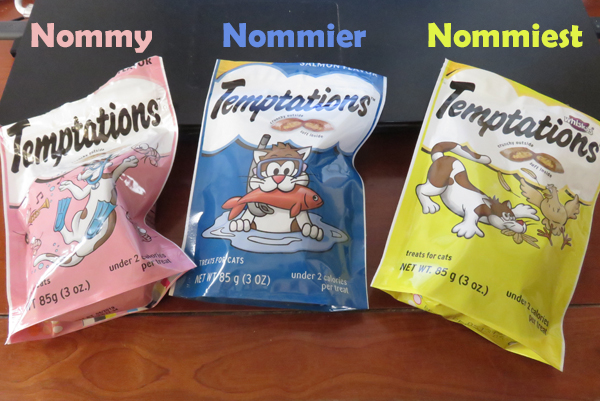 A Kitty Who Came Before 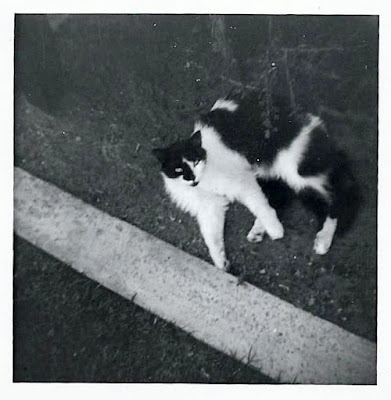 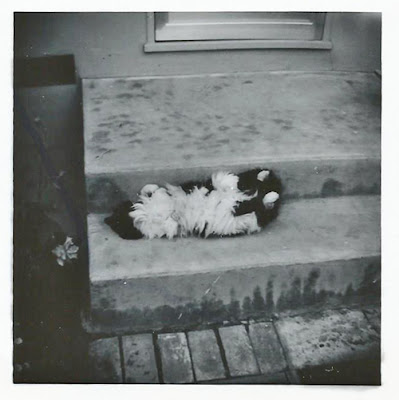 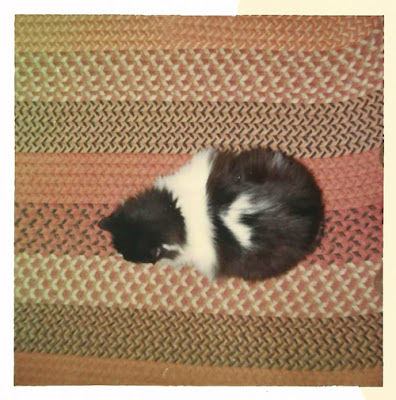 And when I say before, I mean Before. Like, waaaaaaaaaaaaaay before.
She got Fluffy, the lovely black-and-white girl you see above,
when she was about four years old. By way of telling you how long ago
that was, I will say that Eisenhower was still in his first term. Fluffy was mostly
an outside kitty, though in her later years, the Human's mother
relented and Fluffy spent more time inside. She was a hissy old thing, as likely
to nip at you as purr, but she was very fond of the Human. I think having her
was good preparation for getting me just about 50 years later.
Posted by Gigi at 7:14 PM 15 comments:

A Disappointing Playtime
aka I Do Not Trust Bags 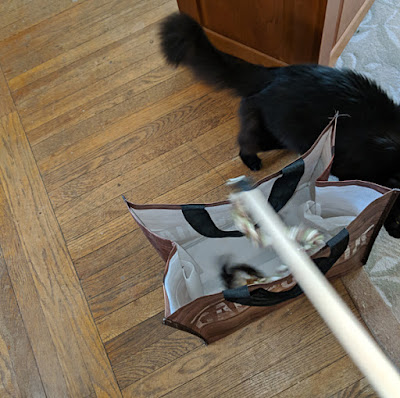 Ahh, and what have we here? Exciting playtimes? 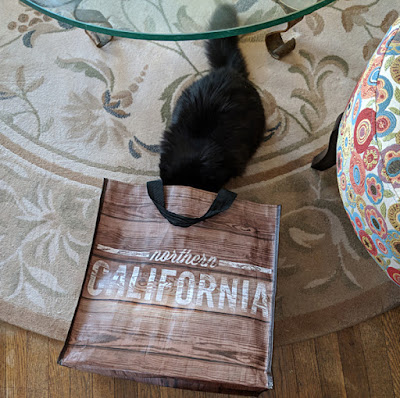 Where'd that sneaky wand toy get to, anyway? Sunday Selfie: The End of Playtimes On Demand 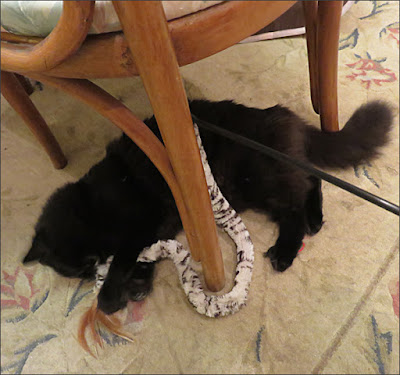 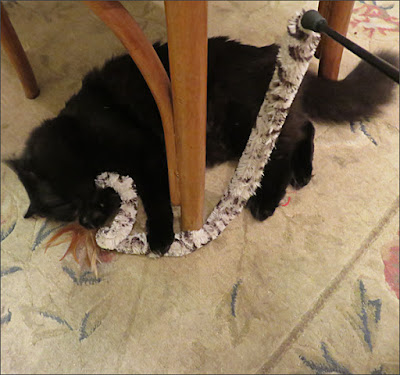 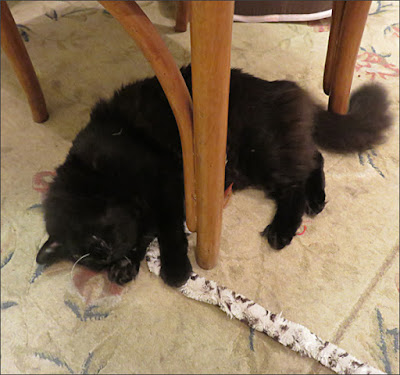 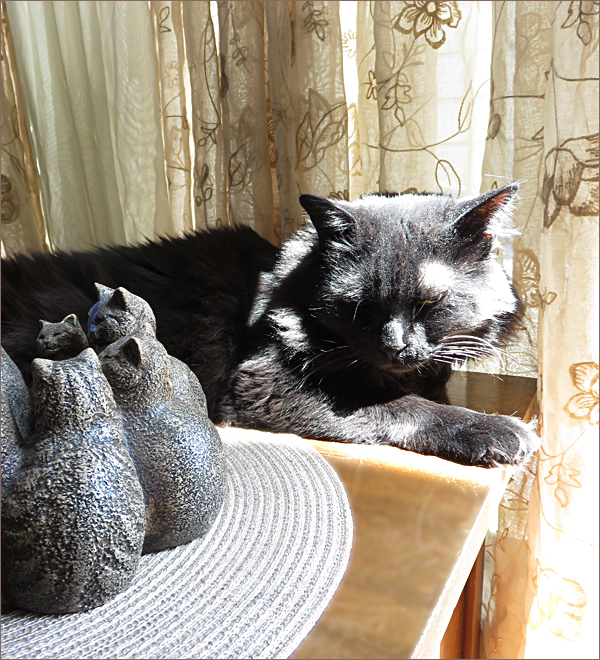 Oh, I might look like I'm not paying any attention to them, but fear not: Spitty's listening. He's always listening.

Today, they are plotting ways to get even with the Human for abandoning us last night to go see Isle of Dogs. Oh, the betrayal of it all.
Posted by Gigi at 6:00 PM 14 comments: 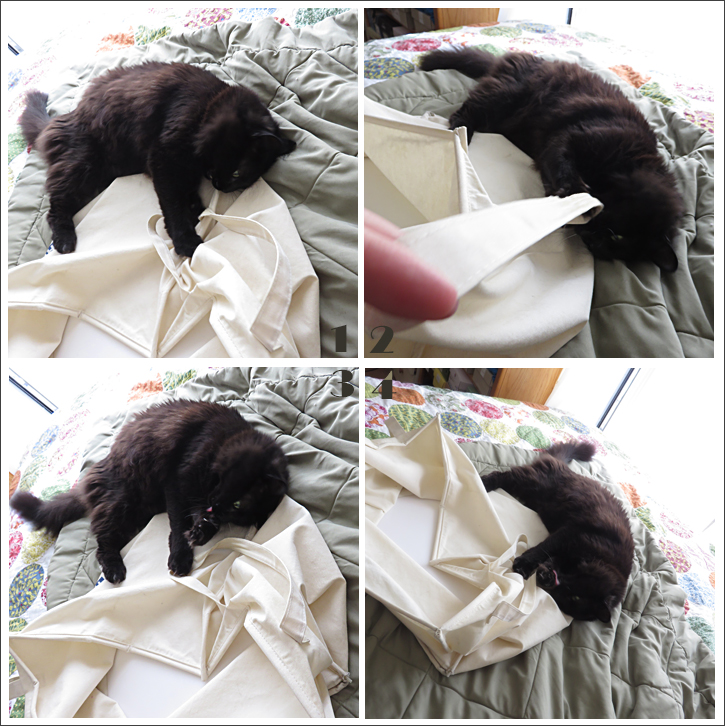 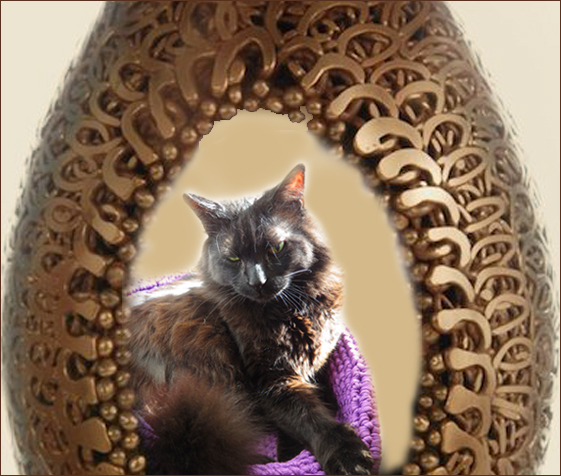 And, since Spitty is nuffing if not gracious, to your Humans, too.
Posted by Gigi at 12:38 PM 14 comments: